Am I going to be in a Layoff?

Home » Am I going to be in a Layoff?
Previous Next

Am I going to be in a Layoff? 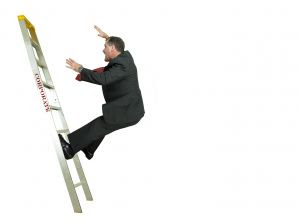 What are the signs of a layoff?
Though not all discussed below may be concrete signs of an impending layoff, it is good to be aware of these reasons which could result in job cuts:

Recession – Downturn in Financial Markets
Also look up the world market health, in the 21st century the financial markets are all closely twined together, a major dip somewhere has ripple affect everywhere.

Budget cuts and Hiring Freeze Within Company
There are talks about projects being scaled down or tough budget cuts being announced by the management. Usually the budget cuts are followed by hiring freeze.

Stock Prices of your Company Dipping
Stock prices dip because of sluggish profits or other reasons. The company may decide to trim costs by reducing a certain percentage of the workforce.

Takeovers, acquisitions or Mergers leading to Job Cuts within the Company
Mergers and acquisitions often lead to reduction in the workforce. Consolidation of workforce and projects follows mergers to reduce costs and also to eliminate redundancy.

More Jobs are being Outtargetd
The new projects and some positions that were empty are being out targetd to different location or country. These could be signs of a company’s prudent money saving approach but could also mean the transfer of jobs from the present location to a cheaper one. As one company leader explains, outsourcing is typically a financial decision. When the case is grounded in economics, it can be more difficult for IT professionals to argue against it.
“You could be doing everything right, you could have great tech skills, be a strong performer, keep up with your education. However, if your company decides to outtarget your function, entire teams and entire departments get replaced. I’m not sure that you can do much about it, other than try to get out of jobs that seem to be on the outsourcing trend,” said Tom Mochal, president of TenStep Inc. says in an article titled 5 signs you’re about to be outtargetd.

Managers being asked to Relocate or move to another Position
Before an impending layoff cycle the ‘efficient’ managers or those that the company wants to retain usually get to know before the employees of the company that the projects or teams could be phased out. Some managers are asked to relocate to other countries or positions to protect them from a group layoff further down the months or year.

You are being offered to Relocate
In a meeting your manager offers the few in the group; “We have a couple of new projects open in India, would you like to relocate by the end of the third quarter?” Right now this is a question, but what lies beneath is for you to investigate.

No new Projects being assigned to the Group
The manager does not show much interest in carrying forth the present project for future development, the project falls under maintenance and no new projects are on the horizon. It might be a time to investigate deep into what are the plans for the year for the team.

Dwindling Company Funding
Is your company on VC or government funding? What are the projects for the coming year? How can an organization pay its employees if there is no funding being pumped for its survival?
Article related to this topic on WSJ:

They Ponder Layoffs, But Executives Still Face Gaps in Talent