Are you Assertive or Timid at Work? How the Genders Differ when it comes to Assertiveness at Workplace

Home » Are you Assertive or Timid at Work? How the Genders Differ when it comes to Assertiveness at Workplace
Previous Next

Are you Assertive or Timid at Work? How the Genders Differ when it comes to Assertiveness at Workplace 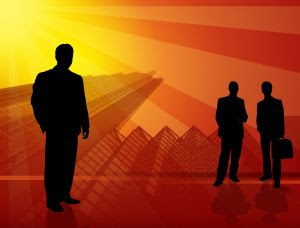 The dictionary defines an assertive person as one who is:
1. Confidently aggressive or self-assured; positive: aggressive; dogmatic:

2. Having a distinctive or pronounced taste or aroma.

However a better definition I found for this term was here; to quote: “Assertiveness is an attitude and a way of relating to the outside world, backed up by a set of skills for effective communication. To be truly assertive, you need to see yourself as being of worth and as having a right to enjoy life. At the same time, you value others equally, respecting their right to an opinion and to enjoy themselves.”

In today’s workplace where the three generations, generation X, generation Y or the Millennials and the baby boomers are working together in the same environment, some personality clashes are bound to happen. One generation or a group of workers might be more aggressive or speed driven than the others; while the other generation might bring in more stability at work with cautious decisions and reserved attitude. Although these traits are important at all levels, make sure that your quiet working habits are not considered unconfident or timid. You will move forward in a competitive market with positive and mindful assertiveness. Assertiveness is critical to career success.

It is essential to focus on this skill development by all employees and managers at a workplace and assertiveness should not be gender biased.

Some common misconceptions on assertiveness that I have often heard around:
“being assertive is not polite” or “people consider assertiveness in a woman as being aggressive and in a man good business skills”.

Taking in consideration the second thought – Though across several cultures this still holds true, but I feel women need to be more assertive in today’s competitive workplace. Here I would like to assert the point that being assertive is not being aggressive, to be assertive is a sign of a strong personality and leadership skill. Some are born with it some have to acquire it.

“Women need to be aware that becoming more like men is not sustainable,” says Cox. Nor do you need to be more assertive in every context every day. “You can bring out your competitive side when it’s useful and you can dial back and be accommodating when it’s helpful,” says Ames.

When men blow their tops at work they appear authoritative, but women – from trainees to CEOs – are penalized for such behavior, new research finds. in studies published in the March 2008 issue of Psychological Science, about 400 males and female professionals watched video dramatizations of botched office situations. When women got angry, they were overwhelmingly seen as incompetent , out of control, and worth less pay than their male counterparts. As for men who got mad: “People assume it’s reasonable.”

On gender based assertiveness classification, an article in the New York Times says,
“They (women) are expected to be nurturing, but seen as ineffective if they are too feminine, she said in a speech last week at Cornell. They are expected to be strong, but tend to be labeled as strident or abrasive when acting as leaders. “Women have to choose between being liked but not respected, or respected but not liked,” she (Joan Williams author of the book “Unbending Gender”) said.
While some researchers, like those at Catalyst and WorkLife Law, tend to paint the sweeping global picture — women don’t advance as much as men because they don’t act like men — other researchers narrow their focus.
Victoria Brescoll, a researcher at Yale, made headlines this August with her findings that while men gain stature and clout by expressing anger, women who express it are seen as being out of control, and lose stature.”

I agree to the point that women do not advance as much as their male counterparts because they lack assertiveness and the positive aggression that marks them as leaders and pioneers in their specific fields.
To me assertiveness is using your skills towards a goal or task or influencing a decision with mindfulness and focus. Positive and healthy aggression strengthens your progress towards achieving the same.

In the book titled: Why Good Girls Don’t Get Ahead But Gutsy Girls Do by Kate White, the strategy number 6 talks about what it means to be an assertive girl.

When you ask for something you need, ask it in such a way that you seem to be addressing the other person’s needs as well.

Speak quickly and clearly when making your request. It might be best to rehearse what you’re going to say before you say it.

When making your request, give the reasons why you deserve what you’re asking for. Talk about your accomplishments.

Make sure you have made your request. Pop the question.

Some tips that might help you be positively assertive:

Be Clear in your Communication with Colleagues/Managers at Workplace

Miscommunication often results in unsatisfactory worker relations or poor delivery during project execution. Be clear, be specific and don’t hesitate to clarify the requirements or expectations of your work.

“The basic difference between being assertive and being aggressive is how our words and behavior affect the rights and well being of others. ”
— Sharon Anthony Bower

From an employee’s or a manager’s perspective it is very important to get written commitments and also clearly define deadlines for projects. These are essential managerial skills but often clear communication lacks between managers and employees. As an employee if you feel that the deadlines outlined for a project are unattainable or unreasonable, be ready to communicate assertively and always have a relevant explanation ready for this discussion with your boss.

Be Assertive – not Dominating or Difficult to Work with

Be aware of the difference between assertiveness and being difficult to work with. Of course, the 21st century workplace works well with assertive people but dominating or difficult people will always be scorned at.

While asserting your ideas at your workplace be mindful of your colleagues working habits especially since we all work in a much global environment these days. Evaluate your expectations first before bringing it to the table. Be a team player and avoid personality clashes; being assertive is not about having a dominating personality, but knowing how to express a demand or execute a task by getting your thoughts across clearly and mindfully.

Having good communications skills is extremely essential for your success in today’s workplace, invest time and energy in acquiring these skills and see yourself moving up the success ladder faster than you anticipate. Also it creates a healthy friendly work environment when you are able to communicate with ease and effectiveness with your colleagues and managers.

“To exercise power costs effort and demands courage. That is why so many fail to assert rights to which they are perfectly entitled — because a right is a kind of power but they are too lazy or too cowardly to exercise it. The virtues which cloak these faults are called patience and forbearance.”
— Friedrich Nietzsche