Countering Recession the Tax Relief Way – How are you going to Use the extra Bucks?

Home » Countering Recession the Tax Relief Way – How are you going to Use the extra Bucks?
Previous Next

Countering Recession the Tax Relief Way – How are you going to Use the extra Bucks? 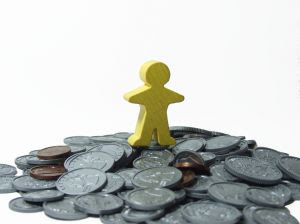 A slightly off-track blog post not focused on the career advice but definitely related to the present discussions on the US economy in recession.

In a recent announcement to help the “suffering” US economy, the US government is ready to shell out the extra $600 or so person towards tax relief to abate recession and help consumers to spend more.
Would it help or not only time will tell but when you do get the check in mail in June, how are you going to spend it? Or would you have already “spent” it and waiting to payback to the credit card company?

Some thoughts from Economic Stalwarts on the announced Rebate

From the NPR article titled: Weighing the Impact of a Possible Tax Rebate, by Adam Davidson,
“But some economists warn about potential pitfalls. Once the federal government opens up the floodgates of spending, it may be difficult to rein it in – especially in an election year. Another potential sticking point is that Americans may not spend their rebates. Putting the rebates in savings accounts, for example, would have no stimulating effect.
John Leahy, a professor of economics at New York University, says it is theoretically possible that a tax rebate will indeed stimulate the economy. But other economists are skeptical that a stimulus package will work.”From 10news.com:
“In 2001, the government shelled out rebates of $300 and $600 to fight the last recession. Treasury Secretary Henry Paulson took issue with critics who say those rebates failed to stimulate the economy. “The evidence was that people spent between a third and two-thirds of the money and spent it quickly,” he said. So it is in fact “injecting money back to boost the economy.”
It’s like being in that vicious circle where whatever we do ends us in not being good at money management, if consumers don’t spend, the market suffers, and if we spend we tend to overspend making our own finances tough to manage.”

Yet again the question is – is the tax relief pay-off a “cookie” incentive? You get a large cookie, you eat it and feel full, and the sugar rises and makes you feel good. But how short-term is that? I hope they can do more to teach and train people to make cookies so they can enjoy for a much longer time and help others as well.

Would it be better to save this extra money, invest it or spend it right away?
What would you do and why?

Careerbright – Career Article and Information for Professionals and Working Women