Working with a Difficult Boss

Home » Working with a Difficult Boss
Previous Next

Working with a Difficult Boss 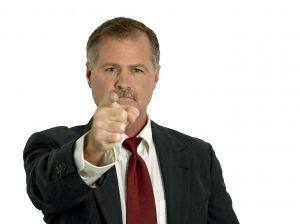 Early 2011, Careerbuilder.com conducted workplace bullying survey based on information from 5,600 full-time workers nationwide (US) and found that 27% of workers reported they have felt bullied in the workplace with the majority neither confronting nor reporting the bully.

Have you had a bully or a difficult boss? Do you feel unhappy to be working for someone who you’d rather avoid? You’re not alone, as you would have figured out from the above survey that there is a good chance that 1 in 4 employees at the workplace might be in a “bullied” situation.

At times it is not easy to wriggle out of the workplace or change divisions/team when your relations with your boss are strained. Under such circumstances you have to learn to live and thrive under a difficult boss. Note that though you cannot always change your circumstances but our attitudes can make a huge difference on how we deal with them.

Here are some tips to make life easy for you, use them as the situation requires and you can find yourself in a less stressful workplace even when working in a formidable environment:

Be Proactive towards your Career

Lamenting and complaining about your boss and also feeling stressed at work usually results in a below-standard performance. If you are working in a group or under a boss under strained relations and there is no way in near future to get out of this impasse, do not buckle under pressure. The best way to thrive through it all is to be proactive towards your career. Bosses come and go and teams reorganize often, your skills and performance speaks for you. Keep focus on your personal/professional development when the going gets tough and true recognition and adulation will follow.

Though you may be terribly stressed out and just don’t want to discuss the boss-related stress with your friends or family, the situation must not be ignored.
To protect your job, to have a healthy work environment and to have peace of mind at work, you must try your best to come to a solution on best you can work under a bully boss or see that you do not get bullied by him/her.
Don’t brush aside the possibilities of informing the upper management or the HR on your boss’s behavior but first consider how you can use these tips to get the situation under control, through good communication and showing a stronger personality.

When stressed at work because of such behavior on part of a colleague or a boss, you must inform the HR personnel and also upper management. The more such issues come to their notice, more are the chances of appropriate action against a bully boss.

In most confronting situations at the workplace, it is best to keep ones calm and not be on the defensive immediately.

Working with a difficult supervisor affects your performance, your mental well-being and often makes you hate your workplace. One study suggests that rapport with the boss largely predicts incidence of depression and other psychiatric problems.
If your boss is having such negative affects on your work-life, it is important to get this across to the higher management and Human Retargets department. If you hesitate long enough from reporting such issues to the HR it might mean escalation to your problems and eventually termination if the boss feels he/she is not getting along with you.

Usually suggested as the last resort towards coping with a bad boss, there are some circumstances where the HR reporting approach might back fire at the employee:

But these issues must not deter you if you feel strongly about the problem. Furthermore there could have been more incidences reported against him that you are not aware of. Careful well documented incidents are taken up by the Human Retargets and if there were more reports of similar nature strict action could soon be enforced against an abusive manager.

Bullybusters.org, the website for the National Coordinators of U.S. State Legislative Initiatives to Stop Workplace Bullying, notes that 13 states have now introduced (some more than once) antibullying legislation since 2003. In 2007 alone, eight states introduced such bills, which would hold employers accountable (“vicariously liable”) for workplace bullying.
Question: If you have ever worked with a bully boss, how did you manage your work relations with him/her?

Some Important Info to know about Workplace Bullying:

On May 12, 2010, the New York State Senate passed the “Healthy Workplace” Bill (S. 1823-B). The legislation would amend the New York Labor Law and provide employees who are subjected to an abusive work environment with a direct civil cause of action, and provide an avenue for employees who are not otherwise discriminated against on the basis of race, color, sex, national origin or age, to seek redress against such treatment. An “abusive work environment” is defined as “ a workplace in which an employee is subjected to abusive conduct that is so severe that it causes physical or psychological harm.” “Abusive conduct” is defined as conduct, with malice, taken against an employee by an employer or another employee in the workplace, that a reasonable person would find to be hostile, such as repeated infliction of verbal abuse (e.g., derogatory remarks, insults and epithets); verbal or physical conduct that a reasonable person would find threatening, intimidating or humiliating; or the gratuitous sabotage or undermining of an employee’s work performance. A single act would not constitute abusive conduct unless the act in question is especially severe or egregious, similar to the Title VII “hostile environment” standard.

Read more about this bill and the updates at: http://www.healthyworkplacebill.org/

What’s your opinion on workplace bullying? Share your thoughts in comments below.