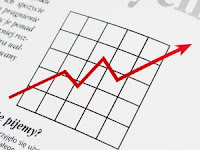 No people, it is not a disease it is quite similar to what you would describe as the symptoms for the restless leg syndrome:
“Motor restlessness, expressed as activity that relieves the urge to move”, just replace the word “motor” with “Mind”.

Over generations the work culture has been changing and evolving, the new trend for the 21st century is the growth of small business and innovative technology research and development. The possibilities of diversification in different technological and medical sector have increased immensely and it no longer a great charm (for many if not most) to be in one field of interest or career for long. The tilt and trend is towards entrepreneurship and that too, not one venture or two, an entrepreneur today aims at starting out 2-3 start-ups and more in his/her lifetime – this is also the mind set of the new workforce in their 20s, restless and ready to take on the world, after all they have the inspirational Generation X entrepreneurs as mentors and role-models.

Quite apt concluding remarks at the proceedings of a SBA (Small Business Association) conference titled Entrepreneurship in the 21st Century:

Entrepreneurs will drive economic growth in the 21st century. Given the contributions of small businesses to the U.S. economy, it is important that policymakers recognize and support them. Sound data and methodology are needed to accurately understand and model our dynamic economic marketplace.

Quoting the dynamic SAP exec., Shai Agassi, as he moves on to new global ventures, “In the valley, you can’t just do one thing.”

This is the trend of the 21st century at work and this is the Silicon Valley at present.

“Most of the predictions were far from bold, however. Schoendorf, for example, predicted much more to come in the world of online video, saying that “five years from now, we’ll be talking about YouTubes and eBays that haven’t been created yet. There will be four or five mega-billion (dollar) plays in the video space.” He also predicted the rise of radical approaches to treating brain disease.”

Role of Immigrant Entrepreneurs
The urge to venture out in various enterprises is also being accelerated in the Silicon Valley by the large immigrant community, who are the emerging entrepreneurs of the world. According to an analysis of engineering and technology companies founded from 1995 to 2005 in Silicon Valley, CA and Research Triangle Park, NC. (Information Source: http://www.wral.com/business/local_tech_wire/opinion/story/1129922/ ):