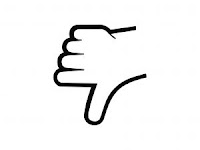 The depressing news of the market crashing and the investment giants wiped off the charts has increased the anxiety of the impending job losses and where will it all finally end. How many job losses could result of such bankruptcies is yet to be seen but for sure there will be many who will be out of job in the coming months. In the past bankruptcies and mergers have sent many heads rolling and in these tougher economic times things could get worse. Here is a short compilation from what the major news agencies are forecasting and what is already on the way.

CNN Money reports:
With thousands of Lehman workers preparing to pack their bags, experts say other Wall Street firms probably aren’t done with layoffs either.
“Most people are assuming that they’re out of a job at Lehman Brothers,” said David Schwartz, head of executive search firm DN Schwartz & Co in New York. Schwartz said he wouldn’t be surprised if upwards of 20,000 Lehman workers lose their jobs. That would amount to more than 75% of the company’s total workforce
When Bear Stearns was acquired by JPMorgan Chase earlier this year, about 9,000 workers, or more than half of Bear Stearns’ employees, lost their jobs – many of whom are still looking for full-time employment.
“Unfortunately, we’ve not seen the end of the layoffs on Wall Street and I think it’s going to get worse before it gets better,” Schwartz said.
Other experts also said the worst is yet to come. Between now and the end of the year, “the Wall Street layoffs are going to be enormous,” according to Bernard.The International Herald Tribune has a dismal headline on today saying “Lehman’s demise will flood an already crowded job market”. The article says: Headhunters and consultants said the U.S. financial services sector, already suffering from a glut of unemployed talent after shedding more than 100,000 jobs this year, must now brace for as many as 50,000 more.
“The résumé flow will start on Monday like there’s no tomorrow,” said Michael Karp, chief executive at the executive search and consulting firm Options Group in New York. “This is seriously going to impact compensation this year, across the Street and all over the world as well.CNN Money reports
“Lehman Brothers employees, which totaled some 26,000 as of the end of June, were seen carting off their belongings from corporate headquarters in midtown Manhattan as early as Sunday evening. Still, company officials at either Lehman or Merrill provided little indication about how many jobs would be lost as a result of Monday’s announcement.
Wall Street firms have lost close to 10,000 jobs, or more than 5% of the work force, so far this year, according to the latest figures from the New York State Department of Labor.”

Impact on the Global Workforce
Debacle of a large economy often sends out the ripples through the world. The global economy today is very much entwined together and every continent will see major job losses when the Wall Street goes nose diving.
The Banking Times of UK says:
Investment bank, Lehman Brothers, is reducing staff numbers by around 5%. It is understood that the bulk of the 1,425 job losses will be made throughout the bank’s US operations. However, Lehman Brothers has its European headquarters at Canary Wharf and London will come second to the US in terms of job losses. The bank has not ruled out the possibility of further jobs losses in the City, should Europe follow the US into a marked economic slowdown.
Though not specific how many layoffs are impending through the year, it certainly is a bleak scenario for many in the industry.
Times fo India reports on massive job cuts in coming future:
If market estimates are anything to go by, what’s happening in the global financial markets can result in the loss of as many as 20,000 to 25,000 jobs in India. That means, the likes of Cognizant, TCS, Infosys, HCL, Wipro and Satyam will announce huge lay-offs over the next couple of quarters. TOI had reported last week that Satyam was already planning a substantial workforce reduction.
Related Posts:
Careerbright – Career Article and Information for Professionals and Working Women