Where are the jobs?

Home » Where are the jobs?
Previous Next

Where are the jobs? 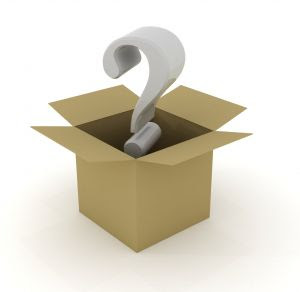 The newspapers and the TV news takes us on a roller coaster ride almost every week – the stock market is up, recession is abating, we’ll see fewer job cuts and the next week there is a turnaround – the job cuts this month had been higher than ever before, there are signs of economy getting back on track but there are no new jobs being created. Stock market ups and downs must not be a direct tally to how employment problems are in this country at present.
Even the big bankruptcies are not behind us (see the latest CIT bankruptcy filing report); just as the economic pundits are making a claim everywhere that the worst is behind us.

BUT- Where are the jobs?
The statistics are disturbing; Mort Zuckerman, the writer is editor in chief of US News & World Report and chairman and co-founder of Boston Properties says in a interesting article on Financial Times; “A quarter of teenagers, about 1.6m youths, are without work. The unemployment rate for young Americans has exploded to 52 per cent, a post-war high. But even the 45-to-54 age group has seen job losses, with employment down by more than 1.2m. These are people who should be in the prime of their wage-earning years. It will take these older workers longer to find jobs; some will have to settle for considerably less pay.”

Read this article to get an eye-opening insight on how underestimated (as reported) the unemployed numbers are in the US.

Unless we have more jobs created and the unemployed getting back to work, there is no chance of seeing a complete or even substantial improvement in economy. So where are the jobs are who should be creating them?
We hear from our government often that action is being taken to create more investments and more jobs in such and such areas, but nothing concrete is showing up for the general public, most of those unemployed have been without a stable income for more than 6 months. The problem needs to be addressed on a large scale and also the government needs to set up separate committees and websites making these announcements more transparent to the public.
But it is not the sole responsibility of the government to create jobs, the larger companies of this country are making enormous profits and there must be a channel of social responsibility for these multinational giants to take the lead and work towards creating more employment in different areas and consider acquisitions to acquire more wealth a second priority. The responsibility also lies in the hands of the small business owners of this country to create low-level jobs but of course the support must come from the government of the country.

Related Posts:
How is the Job Outlook for 2009?
Best Jobs to have during Recession
How to Generate Income and stay Positive when you have no Job – Part 2
How to Find a Job when there are none around
Careerbright – Career Article and Information for Professionals and Working Women