Give and you shall get

Home » Give and you shall get
Previous Next

Give and you shall get 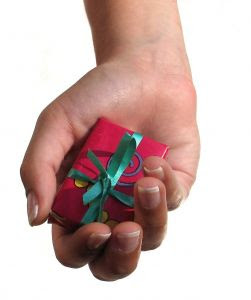 I am inspired today and also deeply appreciate Arianna Huffington’s recent post on why we must be more giving in our contributions towards charities and volunteering in the tough times of recession and economic downturn. True, it is affecting the lives of most of us around the nation and the world but those who are on the lower rungs of the society are suffering more than we are, and giving in these times will also help us feel better.

According to an article in the San Jose Mercury News, the charity organizations in the Silicon valley are feeling the crunch in this downturn. “More than half of Silicon Valley charities plan to lay off employees and scale back services this year after a substantial drop in major donations. Of 100 nonprofi t health and human service agencies surveyed by the Silicon Valley Council of Nonprofi ts, only 7 percent reported they are “ financially strong and experiencing no impact from the recession.” Fifty-one percent of agencies anticipate layoffs “ in the near future” and 47 percent report that foundation funding is down from last year. ”

Here are some of the stats (from Arianna’s article) which certainly make us feel much worse as compared to just reading about the layoffs and foreclosures day in and out:

The United Way saw a 68-percent increase during the past year in the number of calls for basic needs such as food, shelter, and warm clothes.

31.1 million people received
food stamps in November, an increase of 13 percent from a year earlier.
In Arizona, there’s been a 100-percent increase
in the number of people seeking social services from the state.
In Contra Costa, California, 40,000 families applied
for 350 available affordable-housing vouchers.
In San Francisco, food banks report a 30-percent rise in demand for emergency food assistance. In Lehigh Acres, Florida demand is up 75 percent.

And the news is bleaker on the nationwide cuts of around Total: $80 billion on these eliminations:

It makes the future bleaker for those who need it. Well, some cuts need to be done and also might be done even if the general population is against it, so the best way to contribute towards the betterment of those affected by these decisions is for those who have now to give to the have nots. Not only on the monetary front but also by contributing time volunteering for charity organizations and showing support at your local food banks and homeless food shelters.
Our earnings might be low and savings even worse; but even a small contribution to those in dire needs might mean a lot to them.
As a solution to such an issue, here is my contribution: our local cultural group plans to organize a fundraiser for a local non-profit environmental (tree planting) group which has already seen a major cut in government aid this year.

What are the other ways that we can be supportive of the non-profits and other organizations which will see funds cut from the government this year? Have your say, please comment.