The Right Way to Follow-up after an Interview

The Right Way to Follow-up after an Interview 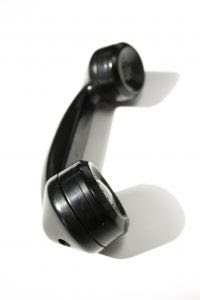 You sustained that long interview and aced it too.. now is the waiting period, anxious for the phone to ring informing you of the news of getting that job you have worked hard for? Don’t just wait, it is the right time for an effective follow-up, the process that can eventually make or break your chances of getting that job. Never underestimate the power of following-up!

It is time for a follow-up phone call around 5-7 days from the day you send in your thank-you letter, if you have received no communication with the company. Don’t ever feel shy on the follow-up process; it might give you an edge over the other applicants.

Sunita had a great first round interview with a company she really wanted to be working for just before the Christmas break. She did not hear from them for long though she was quite confident with how her interview went and an assuring remark from the hiring manager that she would be contacted soon. Now see the following two scenarios on how Sunita could have reacted to the follow-up process:

The Orthodox Approach
The interview was satisfactory, Sunita is very hopeful of a positive outcome.
One week goes by without a response, Sunita has been waiting anxiously but not an Email or a phone call, and it is time for her to call in the hiring manager to see what is going on? Sunita calls the hiring manager; no one picks up the phone, she leaves a voice message. Another two days go by and still no correspondence from the company, she now decides to Email the hiring manager (yes, she had been smart and proactive to get his business card after the interview) and also copies it to the HR who had contacted her initially.
The HR gets back to her the next day informing her that they are currently in a hiring freeze and would get back to her after March middle when the freeze would be officially off, also the hiring manager who had interviewed her before has now been reallocated another division.

Sunita is dejected; perhaps it is time to pursue another position and marks her calendar for March 16th to contact the HR once more.
It is time for her to send resumes to other companies.

The Go-Getter Approach
One week goes by without a response, Sunita has been waiting anxiously but not an Email or a phone call, and it is time for her to call in the hiring manager to see what is going about? Sunita drafts an Email to the hiring manager and the HR person who has contacted her before. In this Email she has a polite follow-up request and expresses her deep interest in the offered position. She also includes her cell phone number and adds that she would be calling by the weekend to follow-up again.

The HR calls her the next day on her cell and informs her that the hiring manager has been transferred to another department in a re-org and that the company is in a hiring freeze till middle of March. Sunita thanks the HR personnel for the prompt reply and asks him if he could kindly send her the contacts of this new manager who has taken over the division she wishes to be a part of. The HR personnel is more than happy to send her the Email and wishes her the very best.

The next day, Sunita drafts and Email introducing herself to the new manager and also mentions the interview dates and the team she had interviewed with. She emphasizes her keenness for the offered position and also attaches her resume in the Email in word document. She also informs him that while talking to the HR manager she had come to know of the hiring freeze and would be glad to initiate another interview once the freeze is over. She also adds that she would be glad to talk about this position over phone and if he has a preferred date and time in mind she would be interested in talking to him.

The new hiring manager sends her an Email after 3 days and informs her that he found time to talk to some of the people she had interviewed with and they gave him a very favorable response on her credentials and interview. He also informs her that he has kept her resume with her and would definitely consider her for the position once the freeze is over.

Thankfully Sunita took on the go-getter approach, she got a second interview call even before the freeze was over and an offer was made to her before March end. She now has the job she passionately wanted and smartly approached!

How do you plan to follow up after your interview?