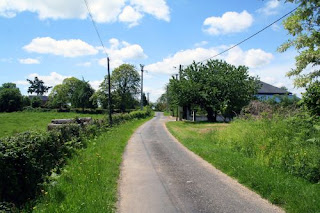 If you have had a great working experience in your previous company and have contacts and friends, there is always a possibility of rejoining them.
Many employers understand the advantage of re-hiring ex-employees. In a Harvard Business Review article in 2002 titled “Cultivating Ex- Employees,” the authors, Anne Berkowitch and Cem Sertoglu said that hiring a former employee cost companies about half as much as hiring someone new.

If the company you have previously worked with is willing for a re-hiring process it also shows that they support family-friendly policies and shows their support for those employees who have stepped out of the workforce to take care of their kids or for other personal reasons.

Benefits of going back in the Same Company

How would it benefit an Employer to re-hire the re-entrants?

The percentage of retaining a re-entrant could be higher since the employee now feels a greater sense of respect or obligation towards the company.

Approaching the Company for an Open Position

The best way to approach the company would be through your ex-colleagues network. There are many positions which are un-advertised and also “speculated” to be available sometime soon. You have the benefit of direct networking to know whether there are any groups that you are interested in which are looking for new-hires or would be soon in future. With the advantage of internal information you have an edge over other external applicants in getting that interview. Note:
If you have not been in touch with your ex-colleagues for a long time, introduce yourself over Email (preferred) or a quick phone call and ask if he/she would be interested in meeting you over for lunch some day or for an informational meeting over a cup of tea/coffee. Be sure to state the reason for this meeting. You must make it clear to your contact that you are interested in re-joining the company and would like to know his/her views on the present working conditions and also news on some possible present of future openings in the company.

Networking and Keeping In Touch – A Tip for Everyone

For those who are reading this post while in their current jobs and have somewhere on their minds to be away from work after motherhood or for other personal reasons, I have one important tip for you:

If you have had a good experience working for the present company you are with, then be in touch with your colleagues or company associations even if you are planning to leave it someday.
One of the ways I have been in touch with my company is through the Toastmasters organization of which I am a member. I attend meetings at my previous office thereby keeping in touch with my ex-colleagues and also getting to know new one as they join our group.
An effective way of being in touch even after being away from work 5-6 years down the road is asking your colleagues and friends in the company to join your online network now.