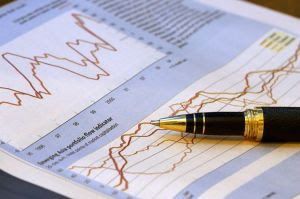 According to CNNMoney.com,
“the prediction that this recession may end around the middle of 2009 is not unreasonable, but even if accurate it disguises the critical question: What kind of a recovery is likely to follow? The answer is: probably a gradual one, unlike the more typical (but not universal) pattern of the economy coming out of most past recessions roaring ahead, propelled by pent-up consumer demand.
The healing process of a deeply wounded banking system, that has already led to nearly $1 trillion of write-downs, will act as a weight around the neck of any economic recovery in the latter part of 2009. Banks will likely continue the slow process of recapitalization and cleaning up the mountains of toxic assets on their balance sheets for a period longer than just the next few quarters.
That task will become even more challenging in the months ahead, as the recession itself will tend to generate an additional amount of toxic assets in their portfolios, impairing their ability to resume a more normal pace of lending. So, even though the economy may technically emerge from the recession in the second half of 2009, the recovery may initially become more of an issue of semantics rather than a robust turnaround in economic activity.”

With such a prediction around, it is more likely that the job market would be pretty much under freeze most of the next year. The nations’ unemployment rate is on the rise and some of the states are more affected than others (those predominantly relying on manufacturing and other areas which are seeing major job cuts); there would be only few regions which would not be affected by this major recession which leaves a deeper mark because of the fall of the major financial institutions. Already many companies have gone through major layoffs and cut back in their spending for the year, it would not be a shock to see many more coming in the year 2009.

With a sluggish economy, hiring freeze and forecast of more job losses, what should you do if you are someone looking for a job (you could be a fresh graduate, someone reentering the workforce, or someone who has recently been in a layoff)?

It is right that there are many layoffs around and hiring is tougher than ever before, but many government plans would soon be underway to ensure employment increases to boost economy, it would be wise to research and analyze where the funds are being invested – renewable energy sector, solar energy, green-tech, bio-medical or research and development – the world is not going to stop for this recession. If jobs are being slashed in some areas there are others which will be thriving, so be ready for change and the first step is to be well-informed.

If you are searching for a job in the US, I would strongly suggest that you read The Occupational Outlook Handbook, developed by the US department of Labor. It is a nationally recognized target of career information, designed to provide valuable assistance to individuals making decisions about their future work lives.
If you are not in the US, it is well worth some time spent on research to find out if your country has a similar publication on careers and jobs informing you on the training and education needed to get a job, earnings estimate, expected job prospects, what workers do on the job and the working conditions for a particular job sector.

Job fairs are still going, although you will see longer lines and less smiling faces but at least you will get some first hand info of the scenario in your region.Once you have done the ground work and research on the present situation it is time to act and some more tips on how to go on further are at How to Find a Job when there are none around.

Please also share your tips by adding them in the comments to this post on how to find a job during a recession.