Workplace Violence – Will we see more of it as the Layoffs become Widespread?

Home » Workplace Violence – Will we see more of it as the Layoffs become Widespread?
Previous Next

Workplace Violence – Will we see more of it as the Layoffs become Widespread? 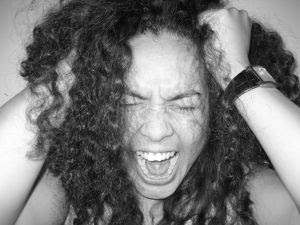 Emotions are at its worst within the first few hours of receiving the news of a layoff or on the news of being fired. It is at this point that some violent or self-destructive emotions can arise in a person.
Many people are highly stressed in the current economic turmoil; financial tensions, losing their houses already puts enough mental pressure on many in the world these days and when the brutal strike comes if this person loses his/her job – there is a high probability that such tremendous mental and financial tension could result in a negative outburst and violence. Not that most of us react in similar way but sure enough the instances are increasing.

While these are some highly publicized incidents, I was indeed surprised to read a report at the ABC 7 online where Garry Mathiason is a senior partner with Littler Mendalson, the nation’s leading labor law firm, says that there are about 700 workplace homicides each year.

Some serious training must go in for the HR and upper management personnel to carefully analyze how employees must be notified of layoffs and firing. The financial tensions are high everywhere and the best bet would be to use your best people’s skills to empathize with those being terminated from the company and also do their best to protect those in such a decision-making process.
Management must display emotional intelligence in handling such situations (layoffs, downsizing, firing) which they are facing and would be facing over the next year or more. It could be a tough year for most companies who have to layoff the workforce due to the economic downturn and in their list of things to do to maintain stability of their shares and meeting expectations, another item must be added: how to handle emotional situations at the workplace and pay special attention in managing those in the layoff – paying more emphasis being compassionate and coming up with a well-managed post-layoff package/assistance.

The U.S. Department of Labor Occupational Safety & Health Administration (OSHA) has a some very informative documents and fact sheets available on their website, of the many there is a Workplace Violence fact sheet which talks about how employees can protect themselves from workplace violence and what the employers must do in case of one.

Train your Brain Against Violent Actions
If you are someone who has a history of violent or aggressive behavior when a tense situation confronts you then perhaps these tips can help you train your brain. If you prepare yourself (train your brain) to react in certain ways to any particular situation, chances are your brain will recall and act accordingly.

You must try your best to say goodbye to work in a decent way. Don’t let the ghosts of ill-behavior at the signing-off time haunt your career in future.