Home » This is how you Bounce Back Post Layoff
Previous Next 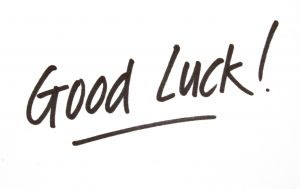 I have been reading a lot of articles almost every day on how people are coping with layoffs and the advice online and in the newspapers on how to make a comeback or how to just cope with what you are going through. There is a lot of great advice and thought would compile it all here, of course acknowledging the retarget after each of these… hope it helps you or just pass it around to those who might need it.

With the high unemployment rate for women in the United States, according to the U.S. Department of Labor, women are trying to navigate an economic storm. It has created stress, worry and frustration. But interestingly, many independent women aren’t seeking the security blanket of a move back home or even back to college. Rather, they are sticking it out, keeping positive and looking forward to that next job.
Jenny Soucek was laid off in March, three weeks before her 25th birthday, from her job as a production assistant at a local marketing firm…. she believes that it’s easier being laid off at a younger age.
Soucek is taking her layoff as an opportunity to pursue a career in health care. She is going back to school for her second bachelor’s degree, this time in health care administration.
“I thought, this is a great time to do things I’ve always wanted to do. … This is a time for self-betterment,” she said.

From Women navigating the storm of unemployment

Sometimes losing your job can be a stepping stone to a better opportunity – it’s just a matter of how you look at it.

“I believe everything in life is a choice. You can sit down and cry about what happens to you, or move on.
“Looking back, the layoff was the best thing that could have happened to me, even though I did not see it at the time.
“Believe it or not, it can actually be a good thing to lose your job. It lets you re-evaluate your life. I never reached my full potential in my last job because nobody saw it,” she said. “I make it my mission now to help people see their full potential.”

“I just got to take my time and not be so anxious,” she said.
Through WorkSource, Martinez learned how to make up a resume and cover letter, dress for a job interview and assess what skills she has to offer.

From How to navigate the job hunt

Howell knows he has shouldered more responsibility than a typical high school student, especially in Elkhart’s hard-hit economy. But he said he uses the lessons he learned on the football field to put the downturn in perspective.
“Bring it on,” he said. “It might seem down and everything, but if you’re a hard worker, it’ll be OK. I’m ready for any obstacle.”
She’s not alone in her hopefulness, despite the grim economy. Students in the Class of 2009 are more worried about the future, but they’re also surprisingly optimistic, said Steve Schneider, president of the Wisconsin School Counselor Association and an active counselor at Sheboygan South High School in Sheboygan, Wis.
In that economically troubled city, where the manufacturing industry is also seeing big layoffs, high school seniors remain as enthusiastic about their own futures as any 18-year-olds ever are, Schneider said.
They’ve gotten the message that education will be key to their futures, even if that education might have to come in the form of less-expensive options such as enrolling first at two-year colleges and then transferring, Schneider said.

Where to look for jobs or a new career?
“We know that unemployment is persistent, and it’s lasting longer than we’ve seen in a number of decades,” Labor Secretary Hilda Solis said in an interview. She said that the administration is directing more retargets to job-training programs to try to prepare those out of work for jobs in sectors that are growing.
“We need to put people in new careers, so people who were putting windshields in automobiles can get jobs making solar panels at the same plant,” Solis said.

“I wanted to focus on something with more meaning,” Bender said. “And while the pay might not be the same, the benefits are much better.”
Michael Orenstein, a spokesman for the US Office of Personnel Management, said job openings are only expected to grow as baby boomers in the workforce retire and federal stimulus dollars create new positions.
The number of positions advertised on http://www.usajobs.gov/, a clearinghouse of federal job openings, has jumped 57 percent over the past two years to more than 47,000.

“The government has thousands and thousands of opportunities for qualified men and women,” Orenstein said. “We’re looking for new talent and energy and people who desire to be in public service versus kneeling at the altar of the bottom line.”