Layoffs are Detrimental to Marital Health

Home » Layoffs are Detrimental to Marital Health
Previous Next

Layoffs are Detrimental to Marital Health 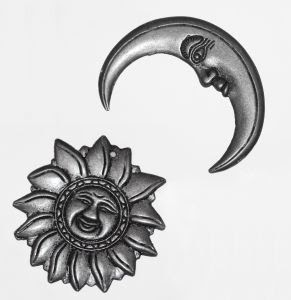 Is the recession straining marriages? Is more time spent together at home post layoffs resulting in more divorces?

This article focuses on the two aspects – have the divorces and strained relations in marriage increased or have they gone down since the economic downturn which has affected millions of lives in the United States itself.

“Recession has always been a factor raising divorce rates,” explains University of Chicago Business School economist Gary Becker. In fact, based on studies Nobel prize winner Becker conducted back in 1977 and published in the Journal of Political Economy, couples that experience any sudden significant and unexpected change in income–positive or negative–are at risk of divorce.

Elizabeth Bernstein in an interesting article in the WSJ writes:

We’ve all heard the jokes: “Retirement means half as much money—and twice as much spouse.” “For better or worse—but not for lunch.” Generations of retirees have chuckled knowingly at them.
But now, thanks to the recession and the millions of layoffs it has produced, many young couples far from retirement age are discovering there’s more than a little truth in the humor. When one spouse (or both) stops working, the impact on the relationship can be profound.

So is there a solution to the bickering and naggings if that is what has come to since the more-than-required interaction between spouses? Of the few out there, it is very important to be as positive and supportive to each other and also be open on the financial issues you face post layoff. And here is another simple and good suggestion:
(Source WSJ article):

Although it isn’t always easy, experts recommend that couples do everything they can to keep the lines of communication open. “Deliberately practice being supportive and validating,” says Diana Kirschner, a New York psychologist and author. “It’s also called ‘being nice.’”

But as always there are two sides to a coin and this story is no exception, there have been some news reports in the last few months citing less divorces being filed since the recession picked up.

It’s still unclear how the recession is affecting divorce rates overall, because of lags in government data. But courts in some major population centers say fewer people have been filing for divorce since the downturn began in late 2007. In New York County 9,349 couples filed for divorce in the first four months of 2009, off 14% from 10,848 in the same period in prerecessionary 2007, according to records from New York State Unified Court System.
In Los Angeles County, divorce filings in the first four months of this year dropped 3%, to 9,048, from the same period last year and are down 9% from the comparable span in 2007, according to records from the Los Angeles Superior Court.

Unhappy couples are staying together. They can’t afford the attorney fees. Child support is impossible to pay. Paying to support two homes is unreasonable in a time when they can barely afford one home together. So they decide to stay together.
Does this mean a “happily ever after?” Usually, no. It means that unhappy people are forced to stay together. The environment in the household erodes even further. They fight even more. If they have children, the kids are subjected to it for even longer.
For better or for worse some are indeed sticking together but the long-term impact would be immensely negative to the family if spouses do not show empathy and support towards each other.

This too will pass, all that matters is how did you fare when the going was rough?